Jayhawk Career Network |
Kennedy, Nixon, & the Debate of the Century 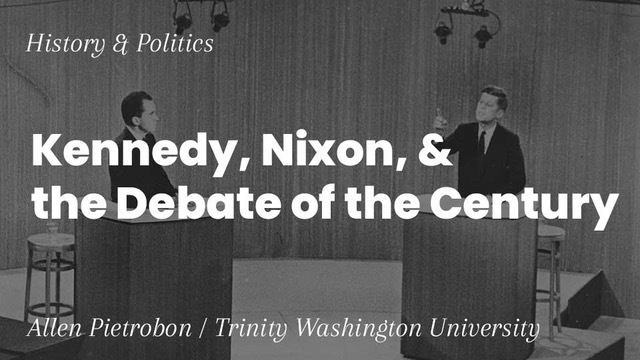 Regarding John F. Kennedy’s 1960 election, one historian has written, “It was that first moment in our history when we saw that television can transform a political candidate from a candidate into a celebrity, and it changed the whole contours of our politics.”

Join Professor Allen Pietrobon as he takes us back to the Eisenhower Era, a time before the “celebrity president.” We will examine the lives and backgrounds of John F. Kennedy and Richard Nixon and see how Kennedy became president by dominating the television narrative and using innovative campaign techniques that set the model for presidential election campaigns to this very day. The first-ever televised presidential debate took place in 1960; the result was seen as being so disastrous (for Nixon) that it would be 16 years before presidential candidates agreed to debate live on TV again.

In this presentation, we’ll use the 1960 presidential election as our lens to explore American politics and culture in this pivotal era in history.