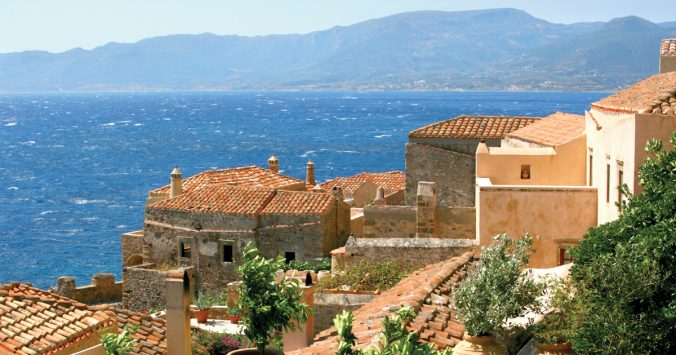 Depart for the historic coasts of Italy, Greece, and Turkey on this ten-night trip aboard Oceania Cruises’ Nautica. Rome is the starting point for this incredible journey. From there, sail to Naples and savor its artistic treasures and mouthwatering cuisine, or travel to the nearby ruins of Pompeii, one of the most spellbinding archaeological sites in the world.

In Trapani, located on the island of Sicily, explore the winding lanes of the old town or take an adventure to the Egadi Islands and seek out Neolithic cave paintings. Next, head to Valetta, a UNESCO-listed city with honey-colored limestone buildings and ancient fortifications. Cruise the Ionian Sea to Monemvasia, an island town dominated by a gargantuan Byzantine fortress, then stop off in Heraklion, Crete’s capital city.

Here, discover remnants of ancient civilizations at the esteemed Archeological Museum or the Palace of Knossos—a masterpiece of Minoan architecture. Spend a day in Rhodes admiring its pristine beaches and old cobbled streets or head out of town for the day to nearby Lindos, whose clifftop is capped by an ancient acropolis.

Your journey will end with a day exploring the treasures of Istanbul—like the Blue Mosque and the Grand Bazaar—but first, stop in Kuşadasi. Relax on the beach or jump over to the ruins of Ephesus where you’ll see legendary sites like the Library of Celsus and the Grand Theater.

Provided by Go Next